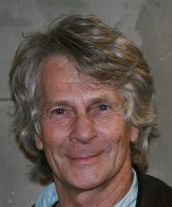 Sanford Rosenberg, Ph.D. is the President of MRA. Dr. Rosenberg has twenty five years of experience in working with film, video, and emerging technologies. He has consulted on a variety of media projects including film, television, games, and the web. These have included B2B, C2B and C2C web-based projects. His particular focus has been on the issues of privacy, security, identity, community, and personalization on the Internet. Dr. Rosenberg specializes in qualitative knowledge-based research, examining the relationship between language, story, structure, symbol, image, emotion, and the user experience, in any media.